Car and digital technology are related things. With the help of modern innovations, we can remotely view the list of available car rental Las Vegas locations, as well as determine the damage to the car without opening the hood.

One of the most incredible results of combining car and digital technology is an unmanned vehicle. We often talk about unmanned vehicles, but fully-autonomous cars haven’t yet entered mass production.

The Society of Automotive Engineers (SAE) identifies 6 levels of autonomy, where level 0 is a car without autonomous functions, and level 5 is a fully self-driving vehicle. Today, modern technologies allow us to rely on level 2. The best modern autopilot can steer, accelerate and brake, but the driver must follow the road and react if the system can‘t control the situation by itself. In rare cases, we are talking about level 3, when the car can move on roads with easily predictable traffic, for example – autobahns.

Nevertheless, even such a defective self-driving seems to be surprising. Here’re the best cars with partial autopilot features available today. 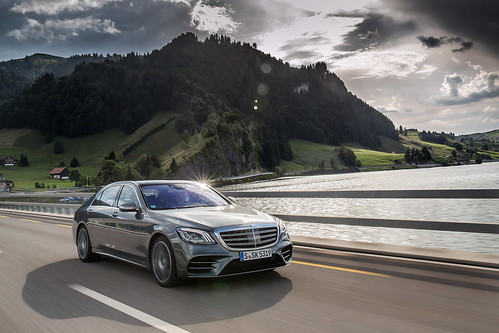 Experts call the new Mercedes-Benz S-Class the smartest luxury car. The model has a unique control system onboard called Intelligent Drive. It receives data from external cameras and radar, then compares it with information on the future route and based on this fact it makes a decision on speed control.

The driver must control the movement. If the onboard computer notices that the driver is distracted or falls asleep, the car stops. 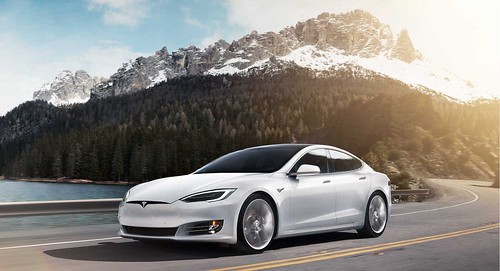 Car autopilot is mainly associated with Tesla Motors. Of course, the company didn’t invent unmanned functions but popularized them as much as possible. The most innovative Tesla car at the moment is Model S. Its Enhanced Autopilot System works thanks to four cameras and twelve supersonic sensors, which provide the vehicle with information on the surrounding world.

Model S is able to stay on the lane, change lanes, move from one highway to another or exit from the highway to the streets of the city. Also, the car can self-park. Tesla continues to work on the autopilot and promises to make it smarter soon. 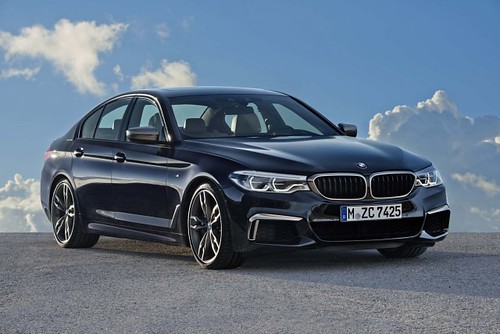 BMW 5-Series is a classic line that recently received autopilot functions. One of the available functions is the Parking Assistance Package system, which is able to independently park a car both in parallel and perpendicularly. Moreover, the system can do it on command via a keychain.

Also, there’s a Traffic Jam Assist system, which controls the car driving in urban traffic jams. The autopilot analyzes the behavior of the vehicle in front and just follows it. At this time, the driver can relax.

Driving Assistant Pro is another technology used in the BMW 5-Series. The program monitors the eyes of the driver by using a mobile headset. Driving control is possible on the road with a clear marking only. 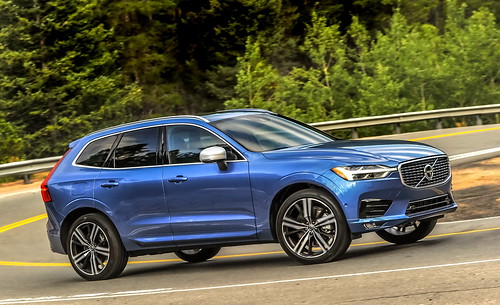 Volvo XC60 is a luxury SUV, which is equipped with the maximum number of autonomous functions. These features provide not only additional comfort but also extra safety. For example, there’s a function to assist in driving a car in heavy traffic.

Pilot Assist function itself copes with braking, acceleration, and control at speeds up to 130 kilometers per hour. However, it works only on roads with clearly distinguishable markings. The driver still has to keep his hands on the wheel – the on-board computer ensures that you are not distracted from the road. 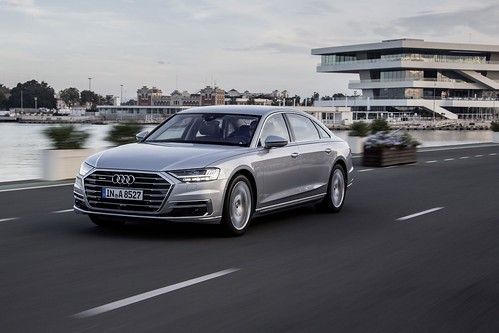 According to the classification of the Society of Automotive Engineers, the Audi A8 luxury sedan can be attributed to cars with a level 3 autopilot. The system even allows the driver to remove hands from the steering wheel at speeds up to 60 kilometers per hour. True, such actions can be prohibited by traffic regulations.

Audi A8 features a laser sensor, radar, ultrasonic sensor and a set of cameras. The car has a complete picture of what is happening around, but in particularly difficult situations it may ask the driver to intervene. The automatic parking system doesn’t require a person in the cabin at all. That is, the driver can get out of the car, and only then start parking. 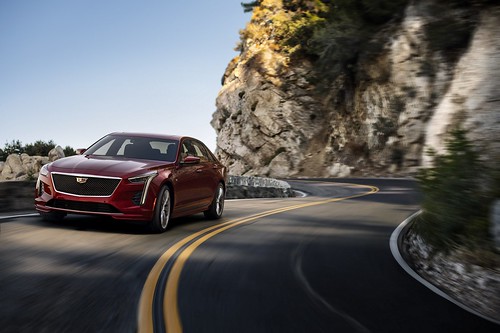 The next line of the list is occupied by a subsidiary of General Motors – Cadillac. 2019 CT6 Model received autonomous system called Super Cruise. Unfortunately, it’s available on a limited network of interstate highways only. This is because the surface of such roads has special sensors that make it possible for the Super Cruise system to work correctly.

When driving along these highways, the car has a high degree of autonomy. The driver behind the wheel will intervene when changing the lanes. It would seem that you can even sleep while driving on such a highway, but infrared cameras will react to this instantly stopping the car.

What Is Data Recovery? How Do You Recover It? What Are The Causes?

How To Install Odysseyra1n To Get Sileo on Checkra1n Jailbreak iOS 14.7.1

Using IT to Improve Your Customer Experience